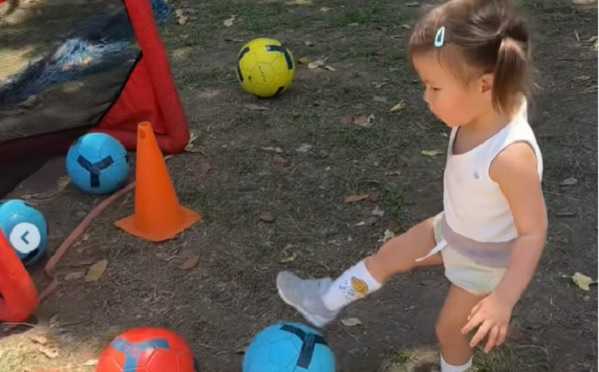 Baby Dahlia, adorable daughter of celebrity couple Anne Curtis and Erwan Heussaff captured the hearts of netizens one again over the photo and video that Anne has shared on her social media account.

In her Instagram account, Anne shared an adorable photo and video of her with baby Dahlia. It appeared that the said photo and video was taken when they spent quality time together. In the said video, Anne showed the sporty side of baby Dahlia as she was seen adorably playing soccer.

The said photo and video that Anne has shared captured the hearts of netizens as it went viral. Netizens can’t help but gush over the cuteness of baby Dahlia as they wrote in the caption: