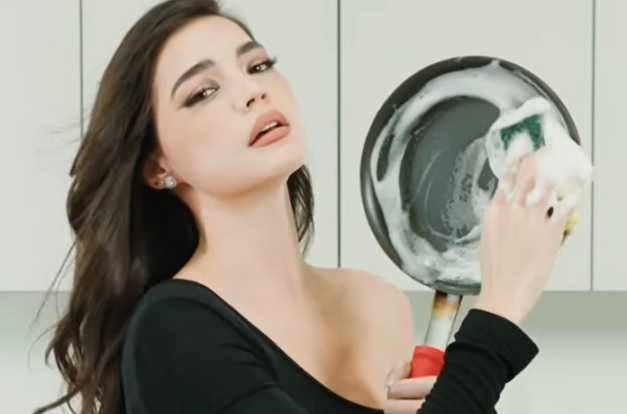 Fans and followers of Kapuso star Rhian Ramos can’t help but laugh and gush over her response to her basher.

In her Instagram account, Rhian shared a short video of her washing the dishes. It appeared that the said video was taken by Rhian as a response to her basher who said, “Lookalike ni petrang kabayo, maghugas ka na lang ng pinggan hayop.”

In the said video, Rhian looked stunning with her sexy black dress while she was washing the dishes. Rhian wrote in the video as she shared a screenshot of the comment from the basher, “When haters inspire you.”

The said video that Rhian has shared caught the attention of netizens and her fellow celebrities as it went viral. Here are some of the comments from the netizens: