WATCH: Vice Ganda asks strangers what they don’t like about him 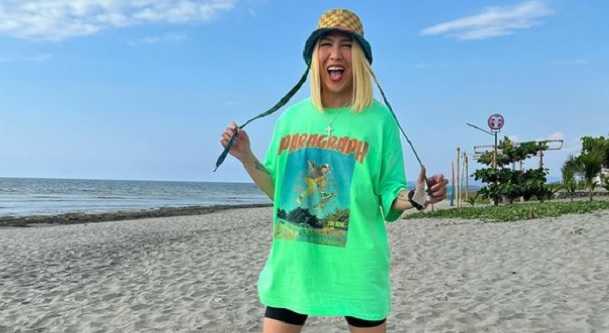 Kapamilya star Vice Ganda directly asked random strangers on what are their thoughts and opinions about him.

In his latest YouTube vlog taken during their vacation in Boracay, Vice made a ‘harapan survey’. During the vlog, Vice asked random strangers on what are the things that they like and they don’t like about him.

Vice got the chance to ask a lady named Nancy as she said that she liked how Vice presents his shows.

“I like the way you present your show in television. Maganda mag presenta sa show.” Nancy told Vice.

When asked about the things that she don’t like about him, Nancy said, “I have no… You are perfect…”

Another stranger shared her thoughts when Vice asked their group about the things that they don’t like about him as the stranger said, “if you don’t know a person, you cannot say what you don’t like. Me I think, I like you for being prank always and down to earth. Telling the truth is always important. There’s beauty in that…”

Vice can’t help but be in awe over the answers of the strangers that he was able to interview.