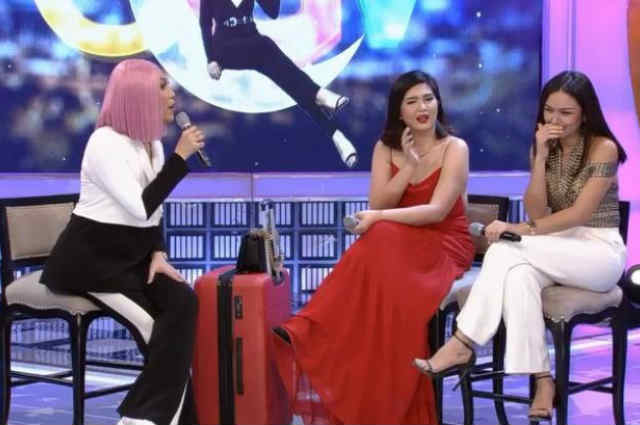 Comedian Vice Ganda has finally unveiled what is inside the famous luggage of Daniela Mondragon portrayed by Dimples Romana in the trending Kapamilya television series “Kadenang Ginto”.

During the latest episode of the late night weekend show “Gandang Gabi Vice”, Vice had the chance to raid Daniela’s viral red luggage and revealed random things found inside including a water bucket, an electric fan, and even an ironing board.

Even Beauty Gonzalez who portrays the role of protagonist Romina Mondragon was entertained by the luggage raid.