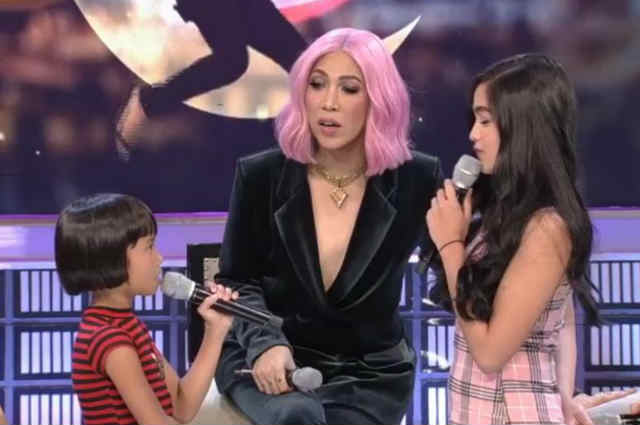 As Kapamilya series ‘Kadenng Ginto’ has become one of the most talked about shows among viewers, a young girl has also been drawing attention online after her video impersonating confrontation scenes from the show became viral on social media.

In photos and videos shared online, the viral “you do note” girl has finally met the young cast members of the Kapamilya series also known as ‘The Gold Squad’ composed of Francine Diaz, Andre Brillantes, Seth Fedelin, and Kyle Echarri for an upcoming episode of late night weekend show ‘Gandang Gabi Vice’.

WATCH: The Gold Squad gives a tour inside the Mondragon mansion

In the teaser video for the said episode, ‘you do note’ girl had the chance to do a confrontation scene while delivering her famous dialogue together with Marga played by Andrea.