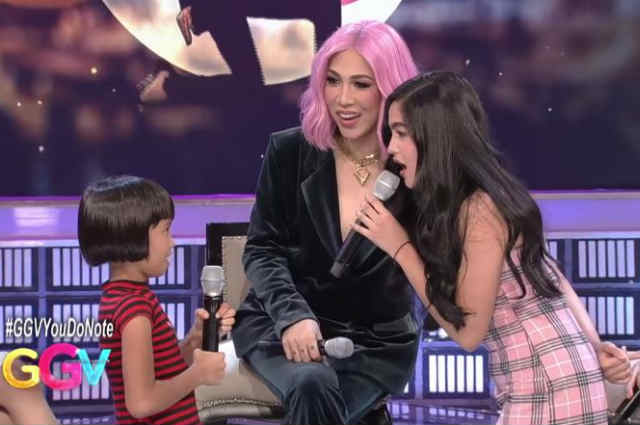 Kapamilya television series ‘Kadenang Ginto’ has undoubtedly been one of the most watched and trending shows as memes about the program and its characters have been going vial online.

Apart from hilarious memes, a young lady dubbed as ‘you do note’ girl has also been gaining attention on social media after she imitated some of the confrontation scenes from the series while doing her best to pull off her English skills.

But apart form the stars, ‘you do note’ girl also known as Majo also had the chance to do a scene with the female stars of the series.

While portraying the character of Cassie, Majo delighted netizens as she uttered her famous line: “You do note the liar is my peyk.”

“You do note the Cassie is the peyk. Hindi ka mukang dragon,” Majo added which left the audience and the guests laughing.

Majo was then asked to portray the antagonist as she did a scene with Francine.

As of writing, Majo’s confrontation scene with Andrea and Francine gained over 3.5 million views on Facebook.