Arci Muñoz shares reason behind her breakup with Kean Cipriano 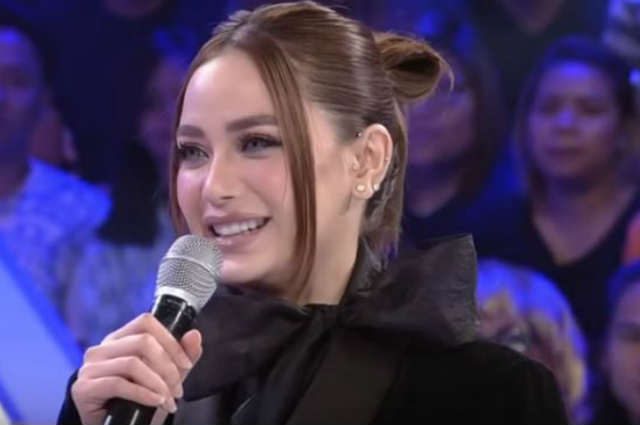 Arci Munoz’ TV guesting in GGV hosted by Vice Ganda, has no dull moments so far. From eating fried worm to answering some of her personal relationship’s secrets. In one of the challenges she encountered while playing the game “SAGOT O LAGOT”, the comedian host did not hesitate to ask about a previous affair a long time ago.

Vice asked, “Arci, bakit kayo ng break ni Kian Cipriano?” The audience made a noise as they were surprised that it is something too brave to ask. The female star was in shocked and said, “Ang tagal na,…Seryoso ka ba yan yung tanong mo?”

Arci sounded conscious to answer but revealed that despite the split, he is in good terms with the vocalist turned actor long with his wife whom she addresses as Ate Chynna. Finally, she shared the reason by simply telling Vice, “nang-chiks”. Vice was even surprised to know the reason but she defended that it was a long time ago. She even noted that she is not following him on social media.

Kian is happily married to Chynna with their children while Arci is still busy with her career.