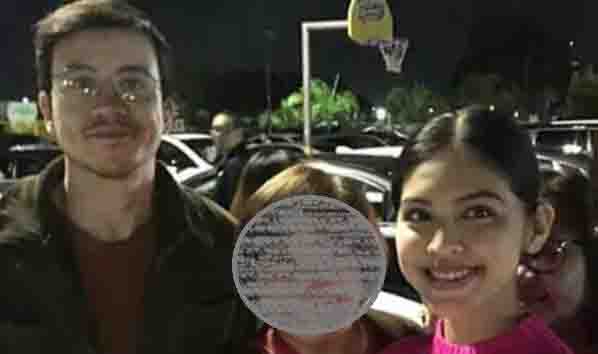 Kapamilya actor Arjo Atayde and phenomenal star Maine Mendoza were spotted anew in an out of the country trip as photos of them together in California have been making rounds online.

While neither of the two confirmed their relationship, Arjo and Maine were often seen going on vacations together, as well as spending time with their families as Arjo’s mom Sylvia Sanchez recently shared a photo of their family dinner with Maine.

Arjo Atayde on Maine Mendoza and Carlo Aquino’s kissing scene: “I don’t want to see it but it’s part of work”

In photos and videos shared on Instagram, Maine and Arjo were spotted by some fans at the Universal Studios Hollywood in Los Angeles, California.

The two celebrities also shared solo photos of them during the trip where one of Arjo’s posts shows Maine taking his photo as reflected on his eyeglasses.

Meanwhile, Arjo also shared a photo of Maine in his Instagram stories while the actress was seen shopping as he wrote in the caption: “duties.”

Earlier this month, Maine posted a photo of her and Arjo on her Instagram account where they were seen holding hands alongside her birthday greeting for the actor.