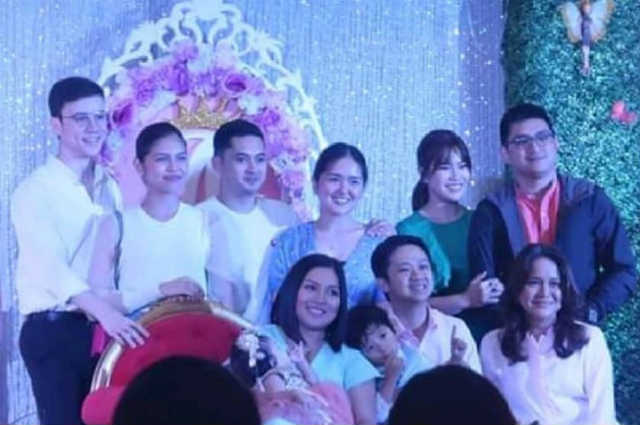 Kapamilya actor Arjo Atayde and phenomenal star Maine Mendoza have not directly admitted their relationship but the two seem to be getting along very well not only with each other but also with their respective families.

In photos shared on Instagram, Arjo was spotted attending the birthday party of Maine’s niece where he was even seen posing with the actress/host’s family during a photo op.

Arjo Atayde dedicates Best Drama Supporting Actor award to Maine Mendoza: “This one is for you”

Maine Mendoza talks about Arjo Atayde in TWBA Fast Talk, will say “yes” if he proposes to her

In her recent interview in the late night show ‘Tonight With Boy Abunda,’ Maine openly talked about Arjo, sharing how the actor play a big part in her happiness.

Meanwhile, Arjo dedicated his Best Drama Supporting Actor award for Maine and said during his acceptance speech: “Last but not the least, Maine, thank you so much for being such an inspiration.. This one is for you.”

Maine and Arjo confirmed that they are “exclusively dating” earlier this year and have since been spotted together in different trips in and out of the country.