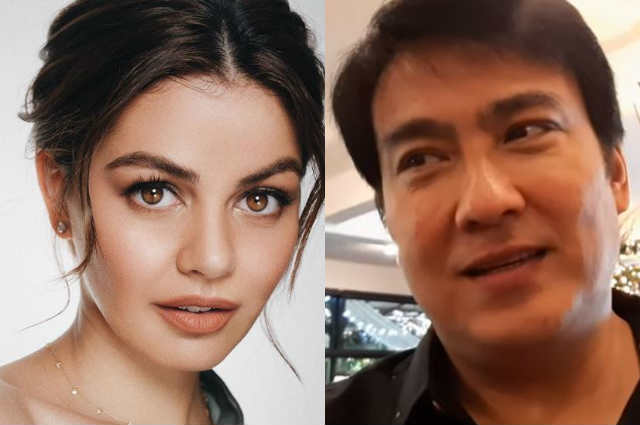 Bong Revilla was caught in an interview about his upcoming TV series that is going to be aired soon. Apart from this, the conversation was redirected and prompted him to react about the controversial comment of Lotlot De Leon’s daughter, Janine Gutierrez.

When asked about what he has to say about it, the Actor-politician answered, “Ahhh masasabi ko lang, mahal ko kayong lahat mga nasa industriya ng Pelikulang, ng Telebisyon. Yung mga sinimulan natin sa industriya, yung pagtutulongan, yung parang magkakapatid lahat. Sana ipagpatuloy natin yun.” He even added that it’s nothing for him anymore and they have all the right to comment.

Bong even declared that even if they will cross paths, he never minds it as the people that surround him, know him better.

It was recalled that the young star reacted “Oh God” as a response to news about the upcoming TV series of the veteran actor. Manay Lolit Solis reacted towards it and find it very awful as a fellow celebrity.