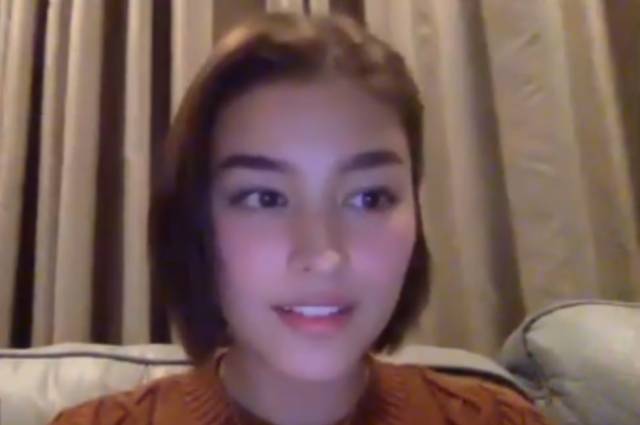 Fans and followers of actress Liza Soberano quickly defended her after the hashtag “#BoycottLizaSoberano” trended on Twitter.

The said hashtag trended after she appeared as one of the speakers in Gabriela Youth’s webinar titled “Mga Tinig ni Nene: Reclaiming Our Voices on the International Day of the Girl Child.” The said webinar was aired through Gabriela Youth’s Facebook page.

Her appearance in the webinar earned mixed reactions from netizens to which “#BoycottLizaSoberano” trended on Twitter.

It seemed that some netizens criticized Liza because Gabriela Youth was allegedly associated with New People’s Army (NPA).

Some netizens quickly defended her as they tweeted:

– “The fact that y’all tweeting #BoycottLizaSoberano only means that men FEARS WOMEN who are educated, cultured, and hates patriarchy and sexism. How can you hate someone who is just SparklesFIGHTING FOR HER RIGHTSSparkles?”

– “#BoycottLizaSoberano Trend is a bullshit, people think that GABRIELA Youth is front of the CPP NPA, this is why misleading information spread so fast. Liza wants equality lol just think about it.”