Celebrities grace the black carpet of ‘Isa Pa With Feelings’ 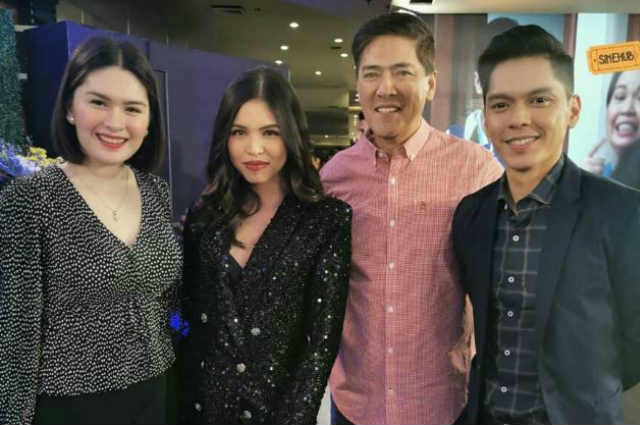 Celebrities from different networks showed their support to Maine Mendoza and Carlo Aquino as they graced the black carpet premiere of their movie ‘Isa Pa With Feelings’ last Tuesday, October 15.

In photos shared on social media, both Kapuso and Kapamilya stars were present during the movie premiere including Maine’s ‘Eat Bulaga’ co-hosts Vic Sotto, Pauleen Luna, and Ruby Rodriguez among others.

Also present were Christine and Julius Babao, Nikki Valdez, Ciara Sotto, Sheena Halili, and Maine’s family members including her mom and dad, as well as her siblings who also walked the black carpet together.

The film directed by Prime Cruz under Black Sheep and APT Entertainment is now showing in cinemas nationwide.

In their interview with GMA News, Maine and Carlo expressed their gratitude to the fans, as well as the deaf community.

Prior to the premiere night, Carlo shot his guest appearance together with Maine and the other cast of the Kapuso sitcom ‘Daddy’s Gurl’.