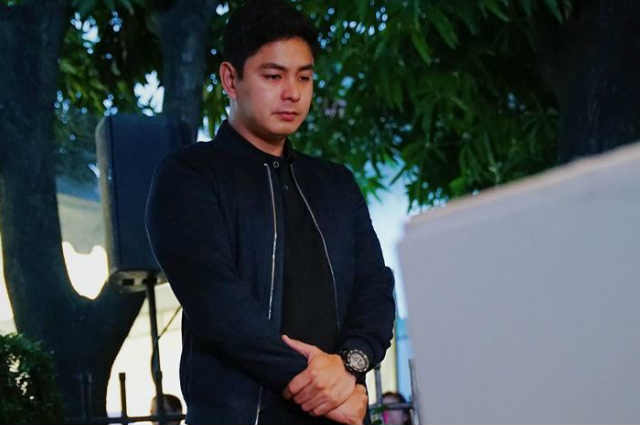 ‘FPJ’s Ang Probinsyano’ lead star Coco Martin paid a visit to the late king of Philippine movies Fernando Poe Jr. as his loved ones and friends mark his 80th birthday on Tuesday, August 20.

In photos shared on Instagram, Coco together with some of the cast members of the Kapamilya series arrived at FPJ’s resting place at the Manila North Cemetery in to pay tribute to the late icon.

WATCH: The Gold Squad gives a glimpse inside Coco Martin’s home in the US

In his Instagram account, Coco also wrote his message for FPJ alongside a photo of him, saying: “Mabuhay DA KING… nanatili kang buhay sa puso namin!!!”

‘FPJ’s Ang Probinsyano’ series is based on the 1997 film ‘Ang Probinsyano’ which starred the late king of Philippine movies. The series starring Coco premiered on ABS-CBN last 2015 and is still being aired up to present, making it one of the network’s longest running shows.

FPJ passed away last December 2004 due to stroke.