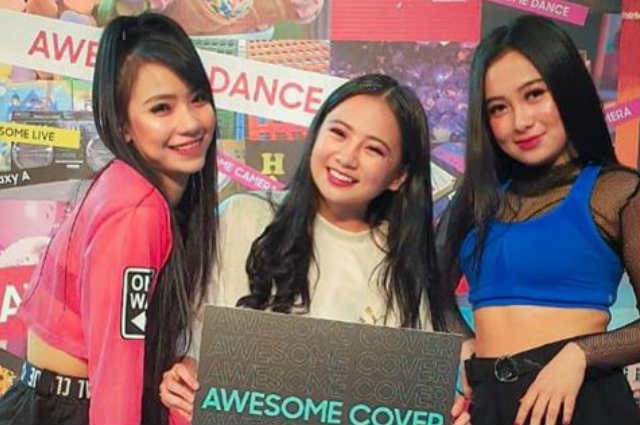 Actress Ella Cruz has been drawing mixed reactions from netizens after her trending performance in front of the Korean group Blackpink together with two members of Sexbomb NewGen, Daphny Red and Eunice Creus.

On Twitter, Ella hit back at bashers accusing her of credit-grabbing over their dance performance which amazed the Korean group’s members Jennie, Lisa, Jisoo, and Rose, and was recognized with the Awesome Cover award.

The Sexbomb NewGen members also defended Ella as the group posted on Twitter: “FYI: Ella was the only one invited since she is a PH endorser of SAMSUNG but we joined cause we want to meet BP too! Can we just be happy for one another guys!!! Dreams are being fulfilled and recognized no reason mag crab mentality!! Toxic haters kinagaling niyo ang pagbabash?”

Ella who has done several dance covers of local and international hits has always been open about her admiration to Blackpink and other Korean groups.