Julia Barretto teams up with Tony Labrusca in upcoming series 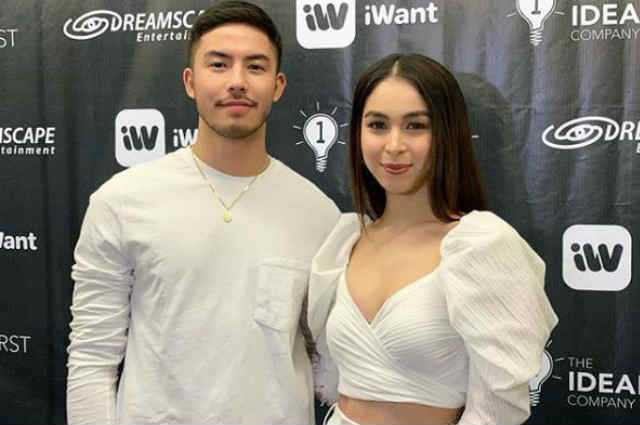 After her last television project ‘Ngayon at Kailanman’ with former boyfriend Joshua Garcia, actress Julia Barretto is back on working on a new project, this time with a new leading man as she will be paired with actor Tony Labrusca for the upcoming iWant series “I AM U”.

In photos shared in Instagram, Julia and Tony were present as they were introduced as the new stars of the new series to be directed Dwein Baltazar under Dreamscape Entertainment and The IdeaFirst Company.

Gretchen Barretto reacts to Julia Barretto’s statement; reminds her of being a Baldivia

The said project is Julia and Tony’s first ever team up following the actress’ break up with her former on screen love team Joshua earlier this year.

It can be remembered that Tony previously expressed his interest to be paired with Julia and admitted admiring the actress.

In his previous interview with Push last 2018, Tony said that he would want Julia to be his next leading lady if given a chance.

He shared: “Tinanong ako ng mga big bosses about that. Sabi ko, I really would like to work with JoshLia (Joshua Garcia and Julia Barretto). I would love to work with their love team. And hopefully, that can happen.”

“But you know, I have to respect their love team of course. But I mean, if there was another leading lady I would love to work with that would be Julia, but she is in the love team and I completely respect that and I also respect Joshua,” Tony added.