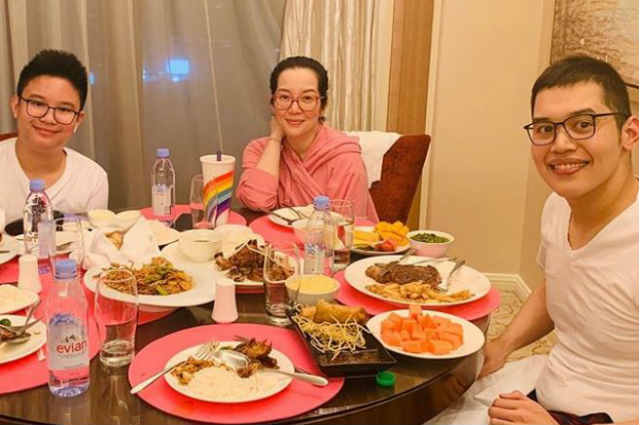 Queen of all media Kris Aquino recently announced that her movie ‘(K)ampon’ which was supposedly one of the official entries in the upcoming Metro Manila Film Festival will no longer push through.

While she was supposed to have her first shooting day on Tuesday, August 20, Kris decided to bring her sons Joshua and Bimby to Boracay to keep them, as well as herself, free from thinking about her shelved project.

She wrote: “since i feel we’re a community here sa IG, i have questions… i’m taking the 2 boys on the 20th to Boracay (para hindi na lang maisip na yun dapat ang 1st shooting day)- i know maraming changes. So please guide us?”

Kris recently announced that her movie will no longer push through after the letter of request to change the lead actor was submitted 5 days later than the set deadline.

Kapuso actor Derek Ramsay who was originally tapped as Kris’ leading man reportedly backed out from the project. While Gabby Concepcion willingly accepted the role as Derek’s replacement, the request was unfortunately not granted by the MMFF Rules Committee.