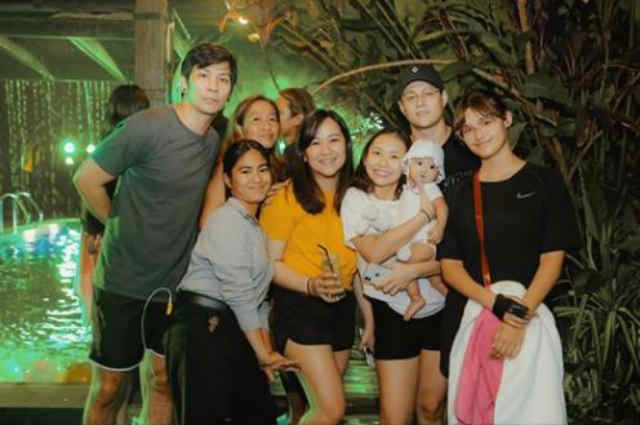 Over a week after she returned to the Philippines, actress Liza Soberano and her boyfriend Enrique Gil pulled off a surprise Hawaiian-themed party for their loved ones.

In photos and videos shared on social media, Liza and Enrique prepared a fun-filled party for four members of their family and loved ones who were celebrating their birthdays, including Liza’s brother Justin.

In a video shared on Instagram, Liza and Enrique were seen accommodating guests and joining games during the event which was held at a resort in Tagaytay.

Prior to the surprise birthday party, Liza herself received a surprise welcome party from Enrique and her family as she arrived from the US where she stayed for a few months after undergoing surgery for her injured finger.

It can be remembered that Liza had to undergo several surgeries for her finger after she was injured while doing a fight scene for the defunct Kapamilya series ‘Bagani’.

Liza’s situation also prompted her to announce her withdrawal from the upcoming movie adaptation of ‘Darna’.

Liza was later replaced by actress Jane De Leon who was recently announced as the new Pinay superheroine.