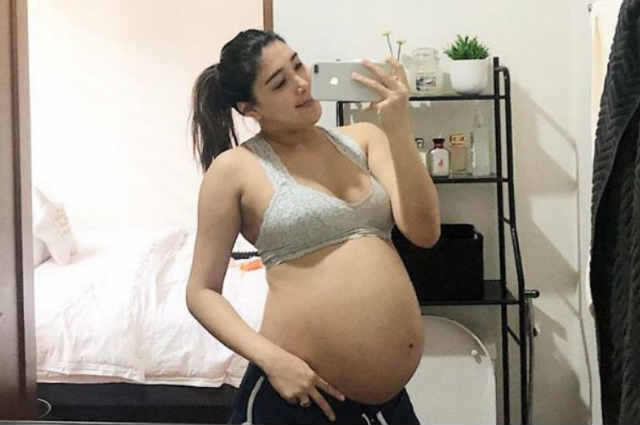 Dani Barretto might be a few days away from giving birth to her baby girl with her husband Xavi Panlilio as she shared a photo of her baby bump on her 9th month of pregnancy on Instagram.

In her photo, Dani showed her full-sized bump and expressed her excitement to give birth to her baby very soon.

Dani Barretto all praises to Julia Barretto: “She’s such a fighter”

She wrote: “It has been the best and most fulfilling 9 months of my life. ❤️
Now time to come out, baby girl. 😆”

It has been the best and most fulfilling 9 months of my life. ❤️ Now time to come out, baby girl. 😆

Dani’s post was flooded with comments from Dani’s celebrity friends who were equally excited to welcome her baby girl.

Dani and Xavi tied the knot last April. The couple announced Dani’s pregnancy just last June amid speculations, saying that they chose to keep her pregnancy for a while until they were sure about it.

Dani said in her YouTube vlog: “There are also things I want to keep to myself not because kinakahiya ko or nahihiya ako. I wanted to keep it because I wanted to enjoy it. Kasi once it’s out, wala na e. Ang dami nang taong mangengealam, madami nang taong may sasabihin kahit hindi naman kailangan.”