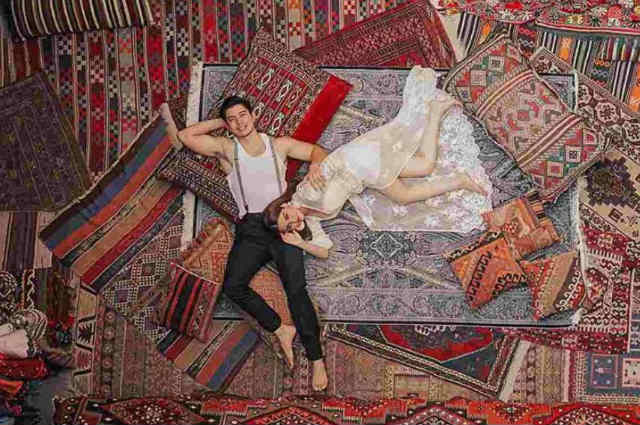 Celebrity couple Dianne Medina and Rodjun Cruz are a few months away from their wedding but before officially tying the knot, the two went on a trip to Turkey where they had their prenup shoot.

In photos shared on Instagram, the couple shared romantic moments together as they showed some of the stunning shots from their shoot featuring vibrant colors in their location.

Dianne Medina and Rodjun Cruz, to tie the knot in December

In his previous interview with Pep, Rodjun revealed that he and Dianne will be tying the knot this coming December 21, considering some of their family members abroad who will be coming home for Christmas.

It can be remembered that Rodjun proposed to Dianne last 2017 during his birthday after they have been together for 11 years.

The couple will be tying the knot at the Manila Cathedral and are eyeing Sofitel Philippine Plaza Manila or Manila Hotel for the reception.