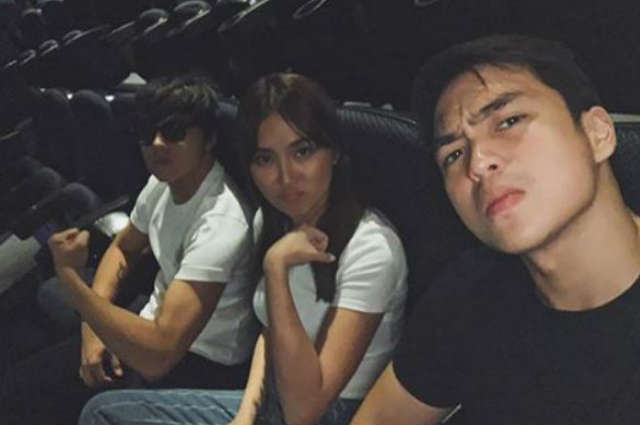 Actor Dominic Roque has been dubbed as the ‘pambansang third wheel’ as he often goes out with celebrity couple Kathryn Bernardo and Daniel Padilla when they go on dates.

On his Instagram account, Dominic shared photos of him with the couple as he once again served as their third wheel during their movie date where they watched the movie ‘Joker’.

Kathryn Bernardo on Daniel Padilla’s solo movie: “It’s my turn to support him”

Kathryn Bernardo on having Daniel Padilla: “How did I get so lucky?”

Apart from watching the movie with Kathryn and Daniel, Dominic also went on a food trip with the two as they shared scrumptious food together.

The post was then flooded with comments from fans as one netizen commented: “Thirdwheel ka na lang lagi papa doms! 😂”

Kathryn and Daniel marked their 7th anniversary earlier this year as they went on a trip together in Morocco.

Before working on their upcoming projects together, the couple also went on a trip in Iceland where they met some of their friends and visited some of the famous attractions including the Blue Lagoon and witnessed the beautiful Northern Lights.