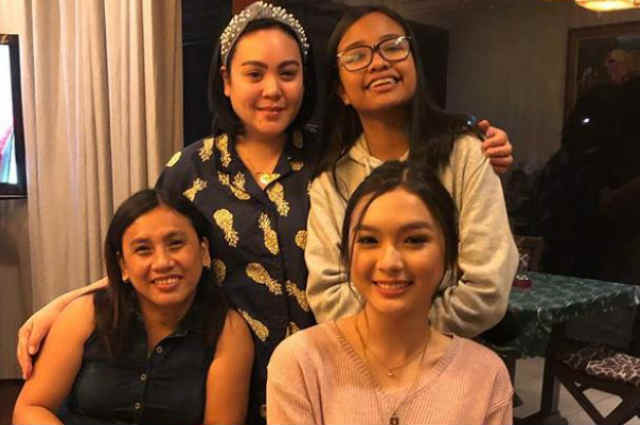 Optimum star Claudine Barretto just had a special visitor at her home as ‘Kadenang Ginto’ star Francine Diaz joined her and her kids, alongside some friends over dinner.

In photos she shared on Instagram, Claudine thanked Francine for joining them and gave her appreciation to the young actress whom she described as “sweet”.

Ruffa Gutierrez clarifies she and Claudine Barretto are in good terms

Claudine wrote in one of her posts: “@francinesdiaz visiting us. Thank you sweetheart 😘❤️”

“@francinesdiaz she’s so sweet my Palanggas @sab_barretto,” she wrote in another post.

Meanwhile, Claudine officially introduced her 4th child named Noah as she shared a video of her son and showed his face for the first time while wearing his Halloween costume.

Noah is Claudine’s 3rd adopted child as she has two adopted daughters named Sabina and Quia, and a biological child named Santino with actor Raymart Santiago.

She wrote in the said post’s caption: “Meet My Noah Joaquin my Palanggas.Truly Gods gift.i am now Complete as a Mother.im so BLESSED BEYOND WORDS! We Praise you Lord,Abba Father😘❤️🙏👼👼👼👼”