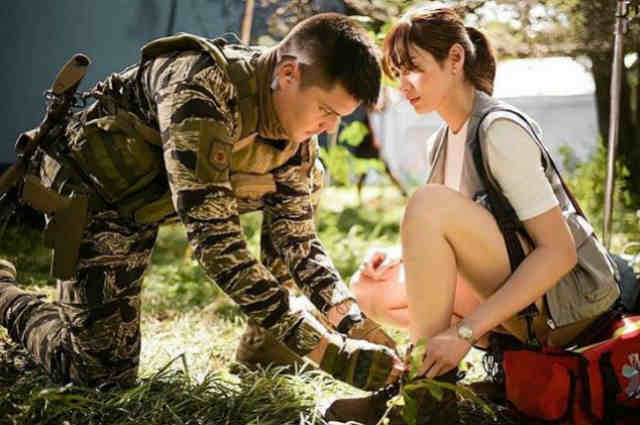 Kapuso actress Jennylyn Mercado gave a little treat for fans as she shared some of her photos with Dingdong Dantes taken during one of the notable scenes for the Pinoy adaptation of the hit Korean series ‘Descendants of the Sun’.

On her Instagram account, Jennylyn posted a photo of her and Dingdong as he was fixing her shoelace which was a scene fans of the original series would definitely remember.

Fans then expressed their excitement over the upcoming series which will air on GMA this coming 2020.

Apart from Dingdong and Jennylyn, also starring in the Pinoy version of the series are Jasmine Curtis-Smith, Rocco Nacino, Chariz Solomon, Renz Fernandez, Lucho Ayala, Paul Salas, and Prince Clemente among others.