LOOK: Jennylyn Mercado starts shooting for ‘Descendants of the Sun’ 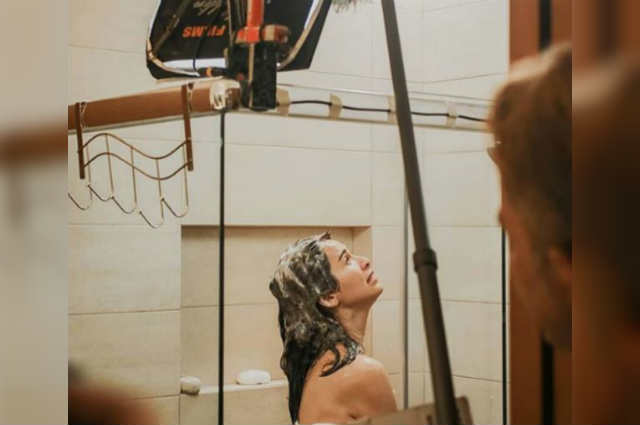 Kapuso actress Jennylyn Mercado has started shooting some of the scenes for the upcoming Pinoy adaptation of the hit Korean series ‘Descendants of the Sun’ where she will play the lead character of Dr. Maxine Dela Cruz.

On her Instagram account, Jennylyn shared a behind-the-scene photo of her while in the bathroom which netizens identified as one of the notable scenes in the series.

Jennylyn Mercado is Dr. Maxine in ‘Descendants of the Sun’

Jennylyn wrote in the photo’s caption: “When you’re in the shower and you forget about the water interruption notice 🚿😱 #bts”

The post gained comments from netizens and other celebrities who expressed their excitement over the upcoming show.

An Instagram user also commented, saying: “I know that scene from descendants of the sun! 😍😍😍 soooo cute!”

Also starring in the upcoming series are Dingdong Dantes, Rocco Nacino, and Jasmine Curtis-Smith among others.