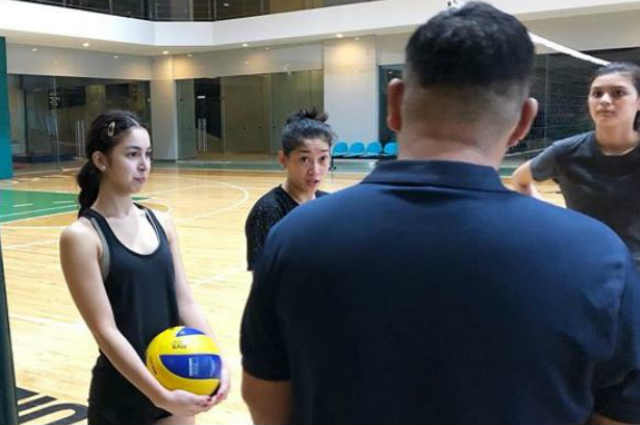 Amid being tagged in a controversy, actress Julia Barretto together with her team is doing the necessary preparations for her upcoming volleyball match against Team Kim Chiu in the ‘All Star Games 2019’ Star Magic Spikers Women’s Volleyball match.

In photos shared on Instagram, Julia was spotted having practice games with some of her team members.

Among Julia’s team mates for the upcoming volleyball match are Gretchen Ho, Pamu Pamorada, and Loisa Andalio among others.

For the main event, Vice Ganda and Gerald Anderson will be battling it out in the basketball court together with their team mates.

It can be remembered that Julia and Gerald have been making it to the headlines after they were romantically linked by netizens, following Bea Alonzo’s cryptic Instagram post.

Amid break up rumors, Bea said that there were no formal break up between her and Gerald, saying that the actor just started not talking to him.