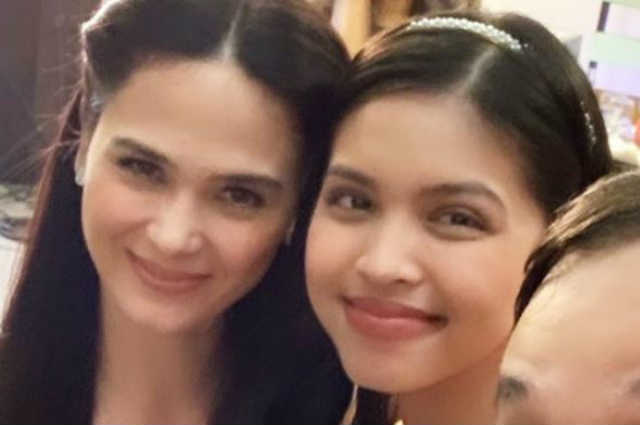 Fans of phenomenal star Maine Mendoza and actress Kristine Hermosa have been gushing over a photo of the two celebrities together which has been making rounds online.

On Instagram, Kristine was spotted together with Maine and other cast members of the Kapuso weekend sitcom ‘Daddy’s Gurl’ which also stars her husband Oyo Sotto and father-in-law Vic Sotto among others.

Netizens have since expressed delight upon seeing Maine and Kristine together as one user commented: “ke gagandang nilalang😘😘”

Apart from ‘Daddy’s Gurl’, Maine is also part of the longest running noon time show ‘Eat Bulaga’ where she started her showbiz career.

Kristine meanwhile made a television comeback in the defunct Kapamilya series ‘Bagani’ starring Liza Soberano and Enrique Gil among others.