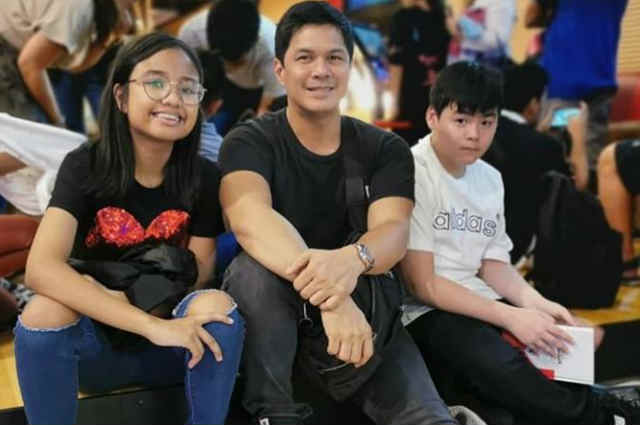 ‘Ang Probinsyano’ star Raymart Santiago had the chance to spend time with his children Sabina and Santino after he posted a photo of the three of them together on his social media account.

This came several months after reports about Sabina’s alleged rift with her dad sparked online because of the actor’s new rumored relationship.

Gretchen Barretto also expressed her love for the three as she commented the emojis “💋❤️” in Raymart’s post.

It can be remembered that Raymart’s last sighting with his kids was during Sabina’s 14th birthday last 2018 where he was present during her party.

Raymart had a falling out with his estranged wife Claudine Barretto which led to their separation a few years ago. The two, however, remains married.