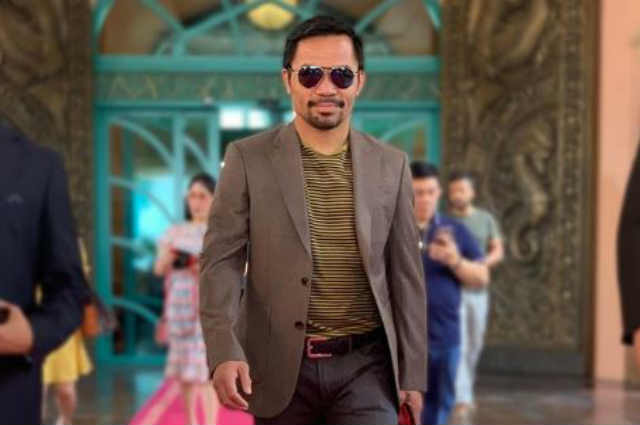 Senator Manny Pacquiao was earlier announced to portray the character of General Miguel Malvar in an upcoming biopic which is set to be released in 2020.

While the casting of Pacquiao to portray the role drew mixed reaction online, including a negative reaction from the General’s great grandson Gabriel Malvar who found it “disrespectful” and a “disservice,” the production defended their choice for the senator to play the character.

Manny Pacquiao goes back to school

Manny Pacquiao hits back at Floyd Mayweather Jr., challenges him for a re-match

In a statement released on Instagram, Atty. Jose Malvar Villegas Jr., head of the JMV Film Production and also a grandson of the general addressed critics of their choices with regards to the film.

Part of the statement says: “We are calling on whomsoever are the critics of the choice of Sen. Pacquiao as Gen. Malvar to instead of their bickerings brought about by their political agendas… unite for the sake of correcting our history and exposing the abuses of our former colonial masters that have plundered the Philippines for many centuries, and which we can now expose to the world.”

An official statement from JMV Film Production themselves. The team would like to ask everyone to take a moment to read this as it is in our right to share our piece on behalf of the critics who has mentioned anything so far for the production. Let us remember to be mindful and practice appreciation instead, for bringing light into a historical story that has never been told before. Nonetheless, the entirety of the production are grateful for all the support its been getting so far.

“Anybody can write or do a movie on the national hero even without the consent or knowledge of his next of [kin],” he added in a separate post.

Pacquiao is yet to react over the matter.