Manny Pacquiao goes back to school 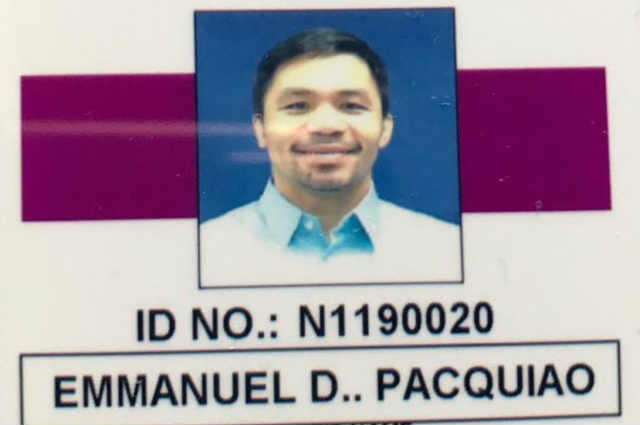 Boxing champion Manny Pacquiao proudly shared a photo of his school ID as he goes back to studying at the University of Makati.

In his Instagram post, the eight-division world boxing champion posted a photo of his school ID as he takes up Bachelor of Arts in Political Science, Specialization in Local Governance Administration.

Manny Pacquiao hits back at Floyd Mayweather Jr., challenges him for a re-match

Floyd Mayweather Jr. takes a swipe at Manny Pacquiao: “You fight cause you have to, I fight when I want to!”

The fighting senator then gained praises online as his post was flooded with messages from inspired netizens.

Another netizen commented: “That’s why you’re the champ! Knowledge is the real fortune, some people are so poor that all they have is money.”

Manny barely finished grade school when he started boxing. He then took his high school education and earned his diploma by passing an accreditation and equivalency test. He became an ambassador for the Department of Education’s Alternative Learning System in 2007.

In 2008, the boxing champion took up business administration at Notre Dame of Dadiangas University.