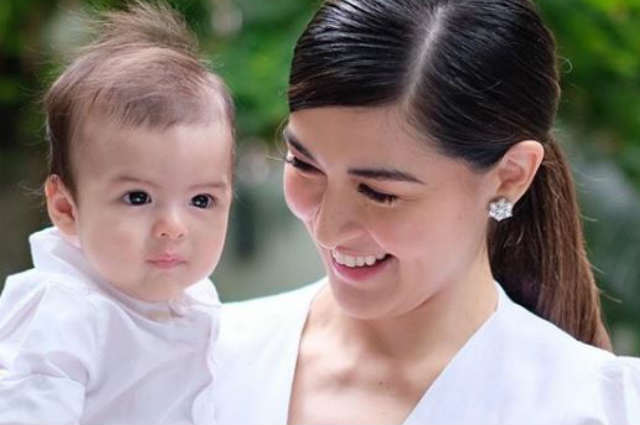 On her Instagram account, Marian shared a charming photo of baby Ziggy while sitting in a fluffy white pillow as he flashed his innocent look.

Just recently, Marian and Dingdong had baby Ziggy baptized which was attended by their loved ones and close friends including celebrities such as Richard Gutierrez, Kim Atienza, and Paolo Contis who served as his godfathers.

Marian and Dingdong also have a 3-year-old daughter named Zia.

Apart from being hands-on parents to their kids, Dingdong and Marian are gradually returning to their showbiz commitments as the actress is back on hosting the Kapuso drama anthology ‘Tadhana’ while Dingdong is hosting the reality artist search ‘StarStruck’ and is set to star in the upcoming series ‘Descendants of the Sun’.