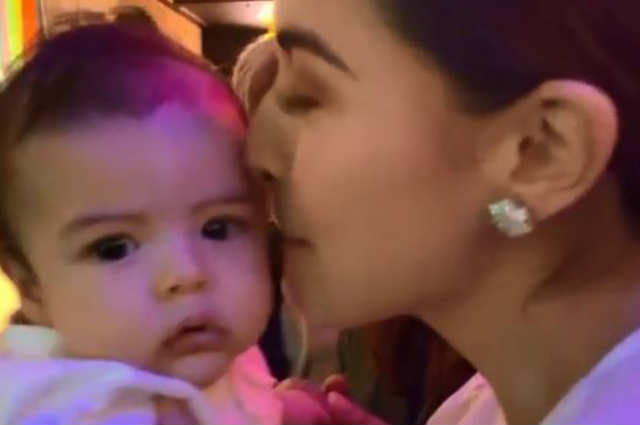 Last Sunday, July 28, baby Ziggy has been baptized which was attended by his parents’ non-showbiz and celebrity friends who served as his godparents.

Will Marian Rivera become Dingdong Dantes’ leading lady in ‘Descendants of the Sun’?

During the gathering, actress Shyr Valdez who is one of the couple’s closest friends captured a sweet moment between Marian and Ziggy as the celebrity mom showered her son with sweet kisses.

In a video posted on Instagram, netizens could not help but gush over baby Ziggy’s priceless reaction while Marian gave him countless kisses.

Apart from Ziggy, Marian and Dingdong have a three-year-old daughter named Zia.

Just a few months after giving birth, Marian returned to her showbiz commitments, including the Kapuso drama anthology ‘Tadhana’ which she hosts.

Meanwhile, Dingdong is also hosting the Kapuso reality artist search ‘StarStruck’ with Jennylyn Mercado and is set to star in the upcoming Pinoy adaptation of the Korean series “Descendants of the Sun”.