Marian Rivera on doing a movie with Star Cinema: “Sure, why not” 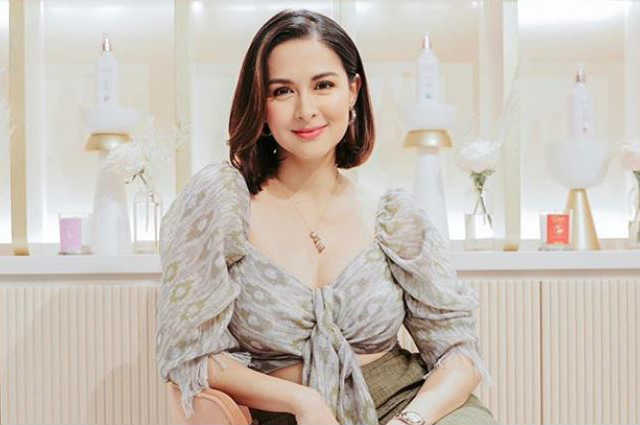 In her interview with ABS-CBN News, Marian said that she is open to do a projects under Star Cinema as long as she gets a yes from Regal Entertainment’s Mother Lily Monteverde.

Marian said: “Why not? Sure, why not. Kung may magandang offer at papayagan ako ni Mother Lily (Monteverde) e di gagawin natin.”

According to Marian, she had two pending movies even before she got pregnant with her son Ziggy which are yet to push through.

Meanwhile, Marian is back on hosting the Kapuso drama anthology ‘Tadhana’ which she temporarily left because of her pregnancy.

She gave birth to baby Ziggy April this year. She and husband Dingdong Dantes also have a three-yer-old daughter named Zia.