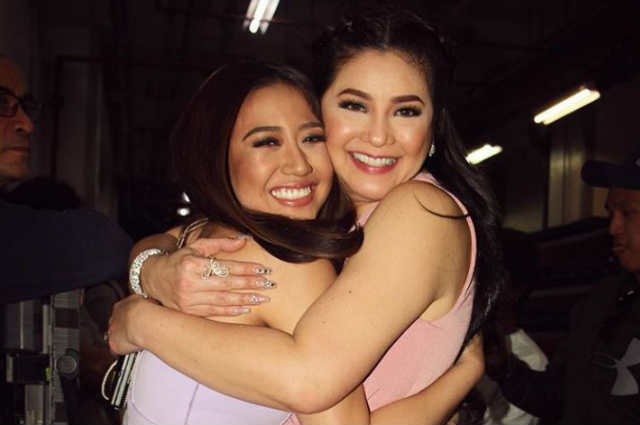 Asia’s Songbird Regine Velasquez expressed her admiration to singer Morissette Amon as she praised the female performer in a post she shared on her Twitter account.

On Twitter, Regine gave a shout out to Morissette who amazed with her performance during the recent episode of ‘ASAP Natin ‘To’ and shared how proud she is of her.

Morissette meanwhile thanked the songbird for her love and support as she shared Regine’s tweet on her Instagram stories alongside her response, saying: “Humbled and honored. Thank you always for the love Ms. @reginevalcasid”

Apart from Regine, netizens also praised Morissette’s performance as one Twitter user wrote: “One of my dream collaboration! What Kind of Fool Am I by Queen @reginevalcasid and My Queen Morissette. We truly love and grateful to you Queen Reg for loving our Morissette! Keep shining also Queen Reg!! Regine Regine!! 😁👸👸”

Another user wrote: “The hug at the end of the performance parang yakap ng isang proud na nanay sa kanya anak. So much love for these two queens!!! ❤️❤️”