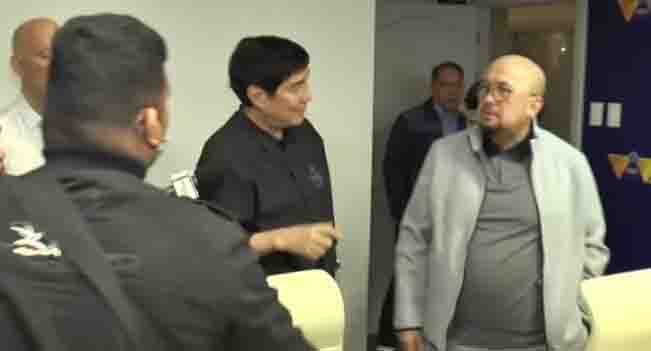 The close-in security of actress Sarah Geronimo reportedly asked for PhP 1.5 million pesos for damages. Jerry Tamara went to the office of Viva Films expecting to come face-to-face with Matteo Guidicelli and possibly with Sarah to settle the issue that apparently Matteo punched Jerry during the commotion at Sarah and Matteo’s wedding.

In a video upload by Raffy Tulfo in Action, Idol Raffy Tulfo accompanied Jerry to the office of Viva to settle once and for all the ‘punching issue. Unfortunately, Matteo and Sarah was not able to attend due to their taping schedules. Instead, Viva boss Vic Del Rosario decided to talk to Jerry in a close door meeting.

A few minutes later, Boss Vic said Jerry asked for Php 1.5 million pesos for damages. Viva made a counter offer of PhP 100,000.00 which Jerry turned down. Jerry said he needed the money to start all over again.

But after awhile, Jerry said he simply want Matteo to face him and apologize and he will forego about his demands for money.