Tony Labrusca explains why he wants to work with Kris Aquino 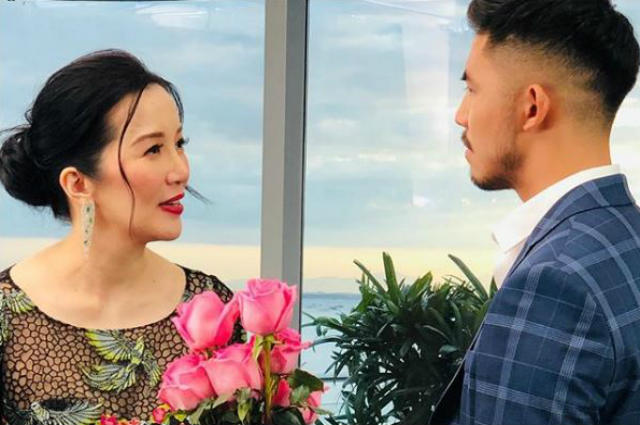 Young and hot actor, Tony Labrusca explained why he wanted to work with Kris Aquino. In a press conference with Julia Barretto, the two were asked about who would be the next star that they would love to work with.

He noted that he wanted to be with the Queen of all Media.

This is his statement:

“Si Kris Aquino, I would really love to work with her.” “I love how ano, no she is, sobrang character nya eh. Yung parang whatever comes out of her mouth whether you hate her or you love her, she’s so interesting to watch. As a person”

He also said that he would like to be part of the cast of Feng Shui 3 if ever. Tony Labrusca is the son of the 90s actor, Boom Labrusca. He made a buzz when he starred in a daring role with veteran actress Angel Aquino.