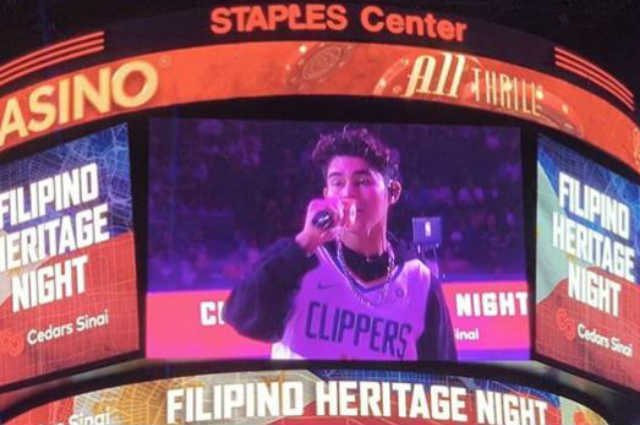 Actor and singer Iñigo Pascual made an impressive half-time performance as he debuted his newest single “Catching Feelings” with a live performance and music video during the Los Angeles Clippers and Oklahoma City Thunders game at the Staples Center in Los Angeles, California.

In photos and videos shared by Star Music on Instagram, Iñigo performed his new track ‘Catching Feelings’ and also sang one of his hit songs ‘Dahil Sa ‘Yo’ during the LA Clippers’ Filipino Heritage Night.

According to a report by ABS-CBN Corporate, Iñigo’s “Catching Feelings” music video was entirely shot in the Philippines featuring his “interpretation of the uncertain journey of going to and fro between the frustrations of falling in love, before finally giving in to the feeling.”

The song has reportedly made it to radio stations from Manila all the way to California and has also accumulated almost 1.5 million streams on Spotify.

“Catching Feelings” music video is set to premiere in the country this Wednesday (November 20), 8pm on MYX Philippines and 9pm on Tarsier Records’ YouTube channel.