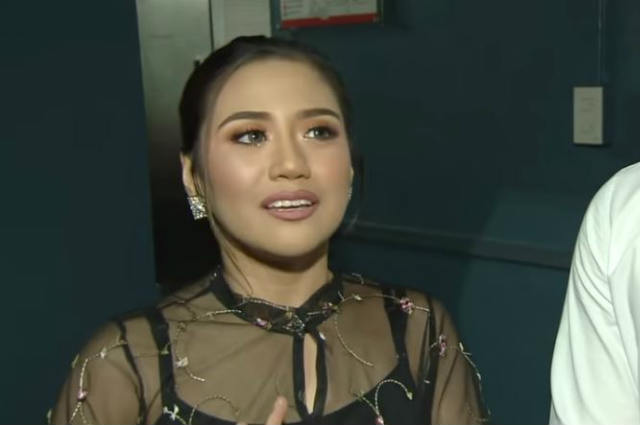 Singer Morissette Amon has been making it to the headlines after allegedly walking out from her guesting in the concert of Kiel Alo following an interview before her supposed performance.

On YouTube, ABS-CBN released the video of Morissette’s interview with reporter Mario Dumaual before backing out from her guesting, which according to producer Jobert Sucaldito, was because of her ‘devastation’ over the said interview.

During her interview alongside Kiel, Morissette was first asked about he thoughts on Kiel whom she praised for his passion in his craft.

She was later asked about more personal topics including her relationship with her family, as well as her love life.

After answering the question, Morissette shared a laugh with Kiel as they talked about life lessons and love as she quipped: “Ganun dapat, buong buo. Char!”

When asked about the people who expressed concern for her, Morissette answered: “I’m very grateful po sa prayers at sa concern. Nili-leave ko na lang po lahat kay Lord. Ever since naman po, ever since I was starting, I’ve always felt his hand in my life.”