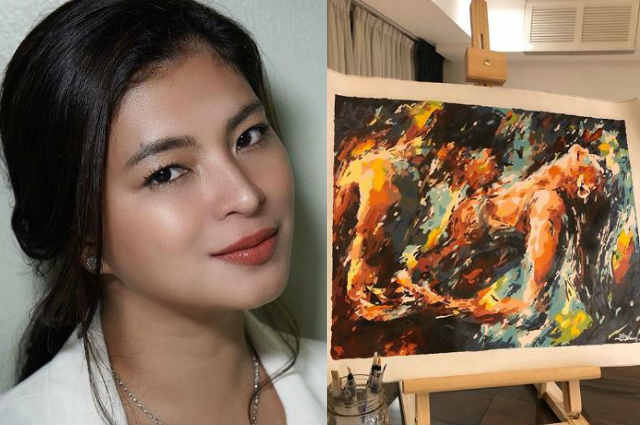 Actress Angel Locsin has proven herself as an actress and as an advocate but many are not aware that the Kapamilya action drama queen also has an interest and talent when it comes to art.

In her recent Instagram post, Angel shared a photo of her art work showing a man and a woman in an intimate moment which immediately gained praises not only from fans but also from celebrities who were impressed by her painting.

Angel wrote in the post’s caption: “tried something new❣️”

Kapuso prime time queen Marian Rivera was also amazed with Angel’s art work as she left a “😍” in the comments section.