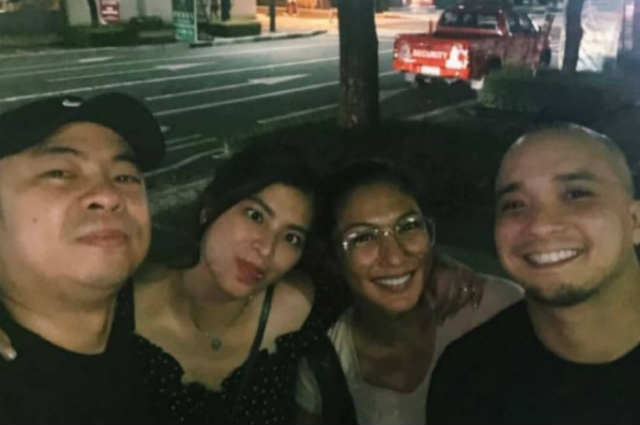 Celebrity friends Angel Locsin, Bubbles Paraiso, and Chito Miranda also dubbed as ‘ABC’ had the chance to spend time with each other as they went on a night out together, but this time, with an additional member— Angel’s fiancé Neil Arce.

In photos shared by Chito on his Instagram, he together with Angel, Bubbles, and Neil were all smiles as they got to bond together again.

Bubbles then reacted to Chito’s post and wrote, referring to her future partner: “Pa-name change ko sya if ever! 😂”