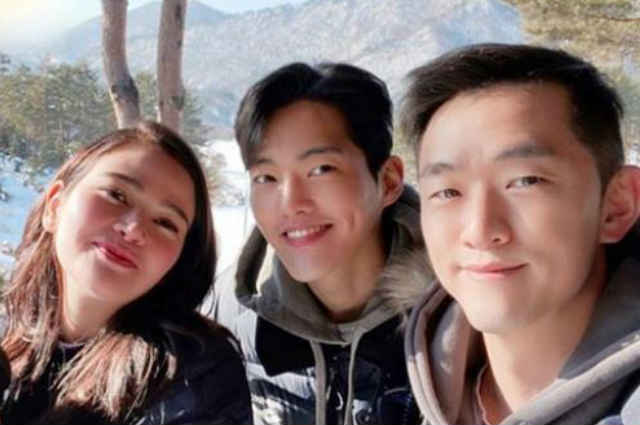 In a fanmade instagram account, @belaangels2, shared a photo of the actress with the korean actor captioned:
“#UltimateOppa 🎥🎬🎞 #BelaPadilla in Korea #ctto”

Shots will be taken in the Philippines and Korea as part of the diverse romantic-comedy movie.

The 28 year old korean actor, Kim Gun Woo starred in Korean Dramas such as ‘Catch the Ghost’ and ‘Less than Evil.’