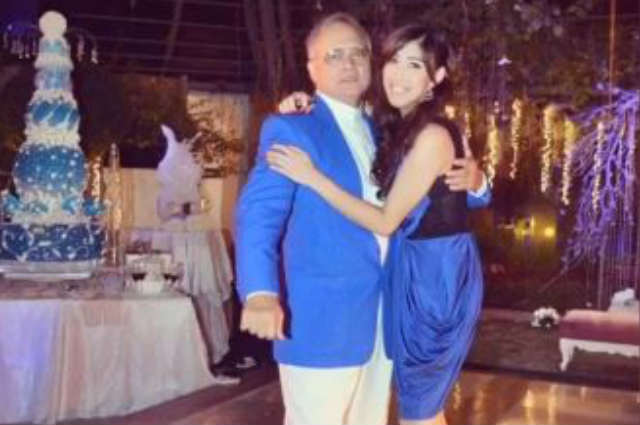 While Dani Barretto is a few days away from giving birth to her first baby with husband Xavi Panlilio, her grandfather Lito Legaspi passed away on Sunday, September 8 due to cardiac arrest. He was 77.

In her Instagram stories, Dani expressed her sadness over the passing of her grandfather, the father of her dad Kier Legaspi and actor Zoren Legaspi.

Dani Barretto opens up about dad Kier Legaspi: “I’ve been hurt a lot by this person”

Dani shared a photo of her with Lito alongside the caption with a broken heart animation, saying: “RIP POPSKIE”

It can be remembered that Dani revealed in her previous YouTube vlog that she and her dad Kier have not been in good terms. According to Dani, she and Kier have not spoken with each other for six years now and that they still have not patched things up.

She said: “We had like a brief relationship, which was like, two months and it was nice. I’m not gonna say naman na parang I didn’t love him or I’m not gonna say na I don’t love him. it’s just like that, I guess, when you’re apart for so long and you already grew up, and nasanay ka na na wala yung tao sa life mo, you just feel like.. Not naman you don’t need the person but it’s more like you’re okay without them.”