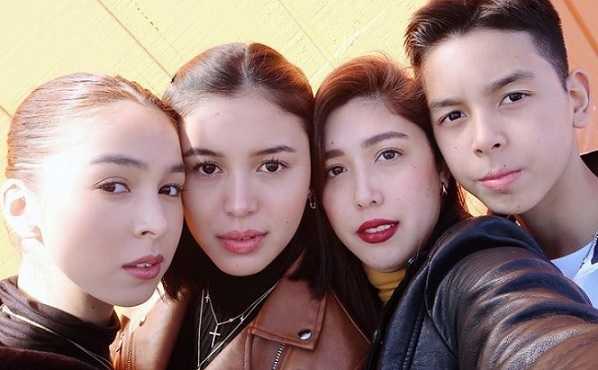 Actress and vlogger Dani Barretto expressed her honest thoughts and opinions over the bashers criticizing her appearance and comparing her to her sisters, actress Julia Barretto and singer Claudia Barretto.

In the latest YouTube vlog of celebrated dermatologist and doctor to the stars Dr. Vicki Belo, she featured Dani and her husband, Xavi Panlilio for an interview. During the interview, Dani and Xavi opened up about their relationship.

Dani also talked about those who were criticizing her appearance as they were comparing her to her siblings.

“’Diba they always say na pag magaganda kapatid mo you tend to compare yourself to them. That never happened to me because my siblings always showed me a different kind of respect. That I should never ever feel that way… and then people would always say, ‘bakit ganun, yung mga kapatid mo ang ganda, ikaw hindi.’” Dani shared.

According to Dani, the criticisms started when her ‘presence’ became known on social media. Dani also shared that it came to a point where she became hesitant to post a photo of her on her social media account.