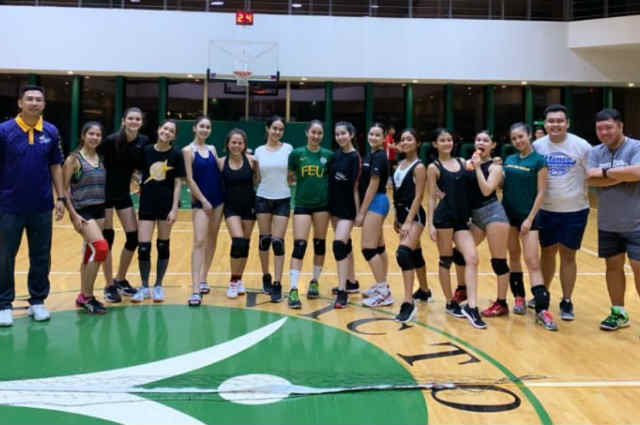 Kapamilya stars Julia Barretto and Kim Chiu have been spending time practicing together with their team for their volleyball match in the upcoming ‘All Star Games 2019’ Star Magic Spikers Women’s Volleyball game.

In her Instagram stories, Julia shared a photo of her with Kim together with their teammates and gave a shout out to her volleyball opponent.

Dani Barretto all praises to Julia Barretto: “She’s such a fighter”

She wrote: “Team Blue and Team Red. This is going to be fun @chinitaprincess First all-star volleyball game on Sunday August 25 at the Araneta Coliseum!”

Kim then re-posted the photo and wrote: “Team red is shaking rn!!!”

To which Julia replied: “We’re both shaking right now!!! At the end of the day, we’re all in one team! Support!!!

Julia and Kim will both serve as the team captains. Along with Julia in Team Blue are Gretchen Ho, Pamu Pamorada, and Loisa Andalio among others. Kim will lead the Team Red composed of a Morado, Nikki Valdez, Vivoree Esclito, and Chienna Filomeno among others.

Meanwhile, the main event will be a basketball match between ‘It’s Showtime All Stars’ headed by Vice Ganda and Star Magic Warriors headed by Gerald Anderson and Daniel Padilla.