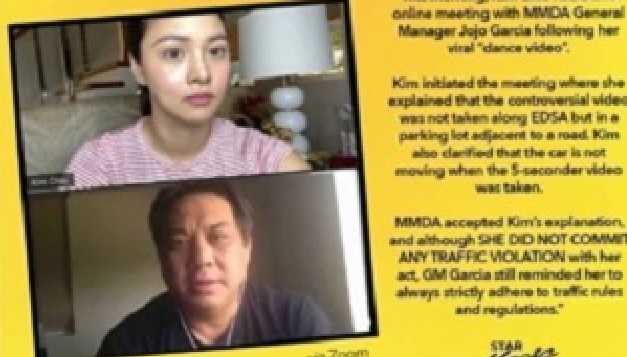 Kim clarified that the video was not taken along Edsa but in a parking lot adjacent to the road.

“Kim initiated the meeting where she explained that the controversial video was not taken along EDSA but in a parking lot adjacent to a road. Kim also clarified that the car is not moving when the 5-seconder video was taken.

“MMDA accepted Kim’s explanation and although SHE DID NOT COMMIT ANY TRAFFIC VIOLATION with her act, GM Garcia still reminder her to always adhere strictly to traffic rules and regulations.”