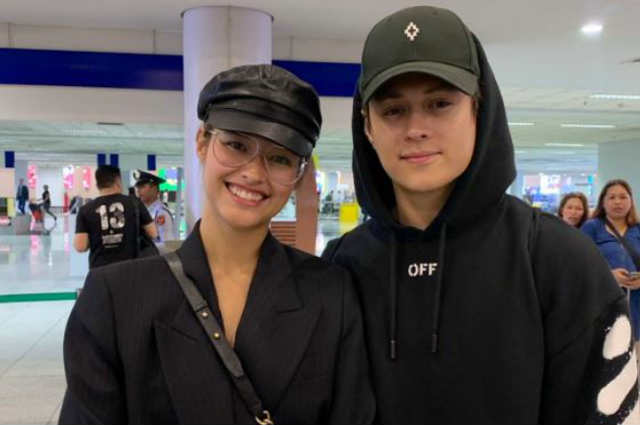 On-screen and real life couple Liza Soberano and Enrique Gil are back in the Philippines after they shot some scenes in Croatia for their upcoming film “Make It With You”.

In their interview with Kapamilya showbiz reporter Ganiel Krishnan, Liza mentioned how she and Enrique were given more mature roles for the project and described it as something “new” unlike their past television series.

Liza shared: “This is something really new to us unlike any other teleseryes we’ve done before. It’s more mature given the age we are now.”

LOOK: Liza Soberano and Enrique Gil are back in Manila after taping for their new teleserye “Make it with you” in Croatia. “This is something really new to us unlike any other teleseryes we’ve done before. It’s more mature given the age we are now” Liza Soberano | @ABSCBNNews pic.twitter.com/GHUWvMqie7

Liza and Enrique earlier flew to Croatia which is the chosen location for their series directed by Cathy Garcia-Molina who just recently directed the blockbuster film “Hello, Love, Goodbye” starring Kathryn Bernardo and Alden Richards.

In a video shared by Star Creatives, direk Cathy shared details about the project and said: “Through research, napag-alaman na dito sa Croatia, sobrang kaunti ng Pinoy. To keep to its truth, dito tayo nagpunta. It’s something new to the Filipinos also… We need it for the story.”

“We want to give you something that you will enjoy every night, but at the end of the day, we want to tell you something of good moral obligation,” she added.