Sharon Cuneta says she did everything for her daughter KC 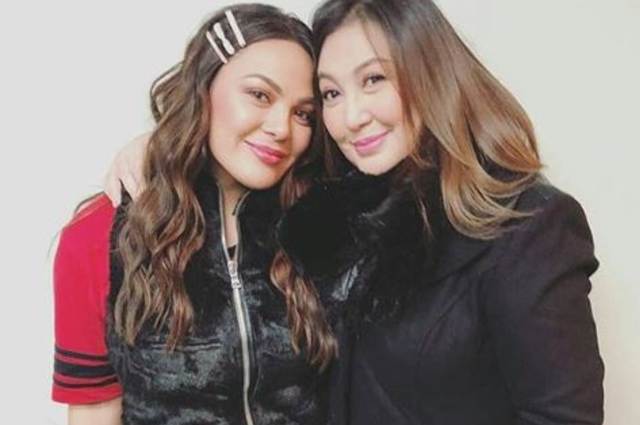 Megastar Sharon Cuneta shared that everything she did and every sacrifice she had when she and actor Gabby Concepcion parted ways, was for her eldest daughter, actress KC Concepcion.

In her Instagram account, Sharon posted a throwback photo taken way back 1987 for her movie “Jack & Jill”. She shared that it was the last movie she did before she and Gabby separated. Sharon recalled all the hardship and sacrifices she had when she and Gabby decided to end their marriage. She shared that she used her work as a distraction and her daughter KC, was her inspiration to excel in her job. She also shared that during that time, all she had was KC. “Everything, every sacrifice was for her. Always HER first” added by Sharon.

Here’s the full caption of Sharon:

“Pogi ba?😄 Jack en Jill with later to be and now former Mayor of Quezon City, Herbert Bautista as Jill. 1987. The last movie I did while my first marriage was intact. After this, I did Pasan Ko Ang Daigdig. Pinasan ko talaga ang Daigdig sa totoong buhay noon. Pinakapayat na naabot ko. At 5’6” tall, I weighed 109 lbs. and had a 23” waistline. I couldn’t eat. Or sleep. But as you know, I wasn’t born or raised to be self-destructive. Having lost my marriage, I did everything – almost to the point of almost throwing up blood – because I used my work as a major distraction and KC as my one inspiration to excel in my work. I didn’t stop until the public acknowledged me as being number 1 in the business, sealing my title of “Megastar” which the press had Christened me with. But what a way to get there. Gained so much in my career, lost everything including my sense of self-worth, my self-esteem, and my trust in people and in falling in love. And my precious, loving, hopeful and trusting heart was shattered into a million pieces, which I forced myself to pick up, piece by painful piece, and glue back together. All I had was KC. Everything, every sacrifice was for her. Always HER first.”

“But how does a single mother achieve 100% in both her work and in spending time with her child? Kulang na lang hatiin ko katawan ko. I had to put food on the table, pay her tuition fees in the best schools in the country, buy her beautiful things, give her a home, albeit incomplete, missing a father. I refused to rely on my parents who were insisting I just come home to them, because I wanted to set an example to KC to be able to rely on one’s self and not on any man to live. I did my best. Kung may kulang pa, hindi ko na poproblemahin yon. Basta ako alam kong I did EVERYTHING for her. Alam ni God yon. Pati sa pagpili ng mapapangasawa uli, una kong inisip ang magiging mabuting ama sa kanya over sa magiging mabuting asawa sa akin. Lahat. God knows everything. I gave it my best. I can live with that peacefully until the day I die.”

A post shared by ActorSingerPresenter (@reallysharoncuneta) on Aug 15, 2020 at 11:11pm PDT