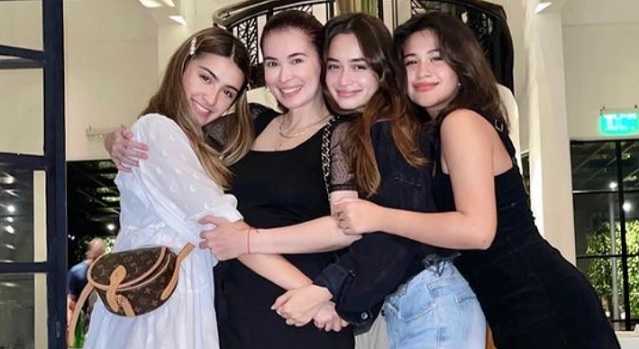 Kapamilya star Sunshine Cruz proudly showed to her fans and followers her fashion ‘creation’ that she made through her new hobbly, crocheting.

It can be recalled that recently, Sunshine posted a photo of her on her Instagram account as she shared that she got a new hobby, crocheting. According to Sunshine, it was her stress reliever and she made crochet tops for her and her daughters.

“My new hobby and stress reliever 🧶 I’ve made tops for my princesses. 🥰 Trying to be productive even at home. Good afternoon everyone! Stay safe guys!❤️🙏🏻” Sunshine wrote in the caption.

In a separate post, Sunshine flaunted the crochet top that she made for herself as she wrote,“New crochet top made by yours truly. 💚🧶 Ok ba?!😬”

Sunshine also posted a stunning photo of her daughter, Chesca as she showed off the crochet top that she made for her.

“My bunso wearing my creation. 🧶☺️ Hope you like it @chesca.montano❤️ * for those asking, I used milk cotton yarn and 3.5 crochet hook for this 🥰” Sunshine wrote in the caption.

The said photos that Sunshine has shared caught the attention of netizens as they can’t help but praised her on her creativity. Netizens also expressed their admiration in the comment section.