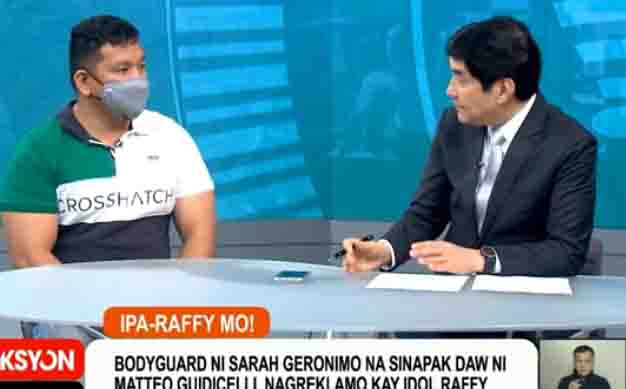 The close-in security of singer-actress Sarah Geronimo expressed his intention to file a formal complaint against actor Matteo Guidicelli for punching him during the civil wedding ceremony of Sarah and Matteo.

Jerry Tamara narrated that Matteo punched him near his throat when he suggested to Sarah to talk first with her Mommy Divine before leaving the premises. This somehow irked Matteo and said “Huwag kang makialam dito, asawa ko siya” then punched Tamara near his throat.

Tamara also narrated the entire story as to what really happened that day February 20, 2020, where the secret civil wedding transpired.

Tamara made his intention clear that he will file a case against Matteo during his interview with idol Raffy Tulfo.