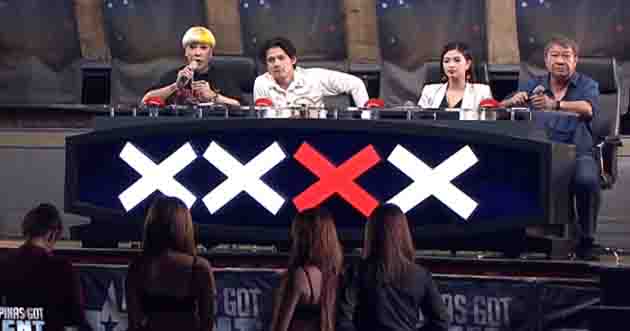 It was not a typical Saturday night for the ‘Pilipinas Got Talent’ (PGT) judges Angel Locsin and Robin Padilla after four ladies who called themselves ‘The PlayGirls.’ The four ladies wearing skimpy outfits dance while cleaning a car.

A few seconds after their performance, Angel already hit her buzzer signifying that she is not for the act.

After their performance, Robin asked the ladies if what they do is out of their own volition.

Robin then gave his point that the group should understand where Angel is coming from because Angel’s advocacy is to fight for women’s right.

At the end, Angel and Vice Ganda voted NO while Robin and Sir FMG voted Yes for the group.