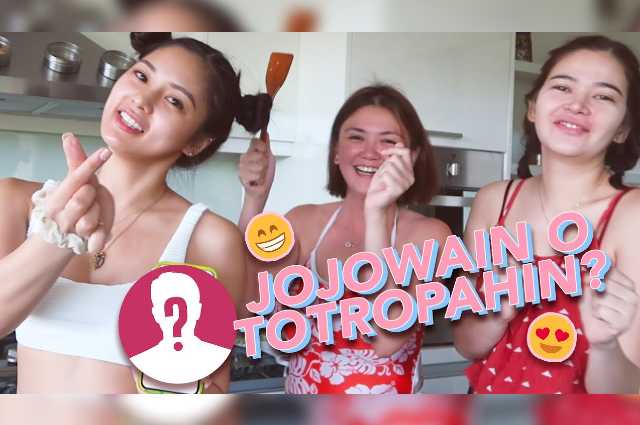 Actresses Angelica Panganiban, Bela Padilla and Kim Chiu known as ‘AngBeKi’ played the game “Jojowain or Trotropahin” challenge where they get to decide if they want to have a relationship with a certain guy or they would rather be friends with him. This is a popular game among celebrities to see how attractive is the person to them.

One of the names mentioned during the game was the name of actor John Lloyd Cruz. It is a common fact that Angelica and John Lloyd had a relationship before but has broken up.

So Kim mentioned the name of John Lloyd and here is the Angelica’s reaction: