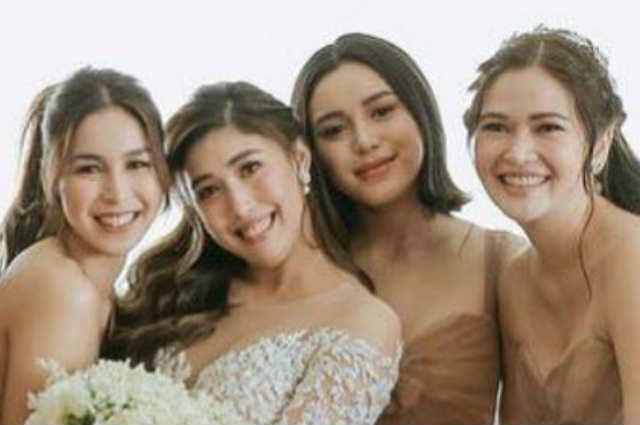 Actress Bela Padilla admitted that she spoke with her best friend Dani Barretto, Marjorie Barretto, and Julia Barretto after a photo of her together with Bea Alonzo and other Kapamilya artists while having dinner together was posted online.

During her interview in ‘Tonight With Boy Abunda,’ Bela shared how she had to explain her presence at the dinner to the Barrettos after some fans made a ‘big deal’ out of it.

Bela said: “I actually texted tita Marjorie, and my best friend Dani, and Julia the day after because it became such a big deal. I got so many messages from Julia’s fans which are super hateful.”

“Dani sent me the photo of the dinner and I said, ‘Dani, before you react or before you think negatively, it was literally dinner. Like, I had to eat,'” she added.

The said photo was posted by actress Angel Locsin on her Instagram stories alongside the caption “#ParaKayB”, following Bea’s cryptic Instagram post which sparked rumors about her break up with Gerald Anderson.

Bela then clarified that she and Dani are okay.

Bela also explained that she unfollowed Julia on Instagram last year, contrary to some accusations about her, siding with Bea.

“I unfollowed Julia last year along with several other artists. I was doing an Instagram detox. From following 4000 people, I’m down to 2000 plus.”